Warning: Trying to access array offset on value of type bool in /home/u948456836/domains/paxhealthcare.com/public_html/wp-content/themes/betheme/functions/theme-functions.php on line 1505

Warning: Trying to access array offset on value of type bool in /home/u948456836/domains/paxhealthcare.com/public_html/wp-content/themes/betheme/functions/theme-functions.php on line 1510


Warning: Trying to access array offset on value of type bool in /home/u948456836/domains/paxhealthcare.com/public_html/wp-content/themes/betheme/functions/theme-functions.php on line 1505

Warning: Trying to access array offset on value of type bool in /home/u948456836/domains/paxhealthcare.com/public_html/wp-content/themes/betheme/functions/theme-functions.php on line 1510

Pharma Billing Under New Rates and HSN Code Post-GST – Goods and Service tax popularly abbreviated as GST has become a hype in the pharma industry. The new taxation law has brought major changes in the system of the Indian Pharma industry. The government of India plans to make accounting simpler for all the industries. The first few days have seen an unseen hassle. The GST makes amendments to billing system by introducing new rates in accordance with HSN code. 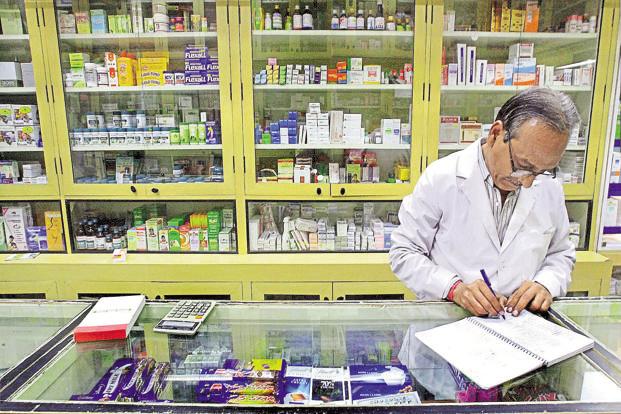 Effect Of GST Change Of Billing System On Old Stock

The GST plan was declared much ahead of July 2017. The rates of each medicine, drugs, and products after the GST declaration were not made by the company yet. This led to a string of confusions and bafflement in the first few weeks of normal working days. The fixed rates were declared but left the retailers and wholesalers with loads of bulk inventory. As per a report by India Organization of Chemists and Druggists (AIOCD), the distributors had 17 days inventory stock on an average on June 28 which sufficient to meet the demand for the time being.

GST may have rolled out but the old inventory is being sold at previous maximum retail prices (MRP) at many places. These are mainly retailers and chemist shops. This is because the pharma companies have not sent the new revised price list and supply. The old stock cannot be sold costlier than the MRP as per consumer rights. Thus, many sell it at MRP and show GST rate differently.

The government of India had been setting deadlines for registering under GST network. This has increased the work through information technology systems which work online. The bills being made will be supervised by the government as the data will get saved online.

The old stock of medicines and products are still left in many warehouses and the shelves of the shop. The sellers and distributors are majorly confused how to further sale when the GST has started to roll. The price list from various companies is yet to be declared and dispersed to various entities.

A Chain Pharmacy store like Apollo Pharmacy has made changes in the invoicing. The chain store is located in many places of India. They have been selling the old sticks at the usual MRP which is prescribed for them. The GST rate also has been mentioned separately. It is said that as they get the fixed rates from the companies and government, they will be changing it accordingly.

Why HSN Code For GST?

HSN or Harmonized System Nomenclature is universally accepted code number which classifies products and trade goods on a common basis. It is a six digit-code number for classifying goods. The commodity description and coding system have been used as a basis of customs tariffs. The Government of India has planned and adopted the HSN system of classification.

The popular GST slabs which were awaited by all are a shadow of HSN code. The pharma items have been classified in slabs of nil percent, 5%, 12%, 18% and 28%. Chapter 30 of HSN code describes the different pharma medicines and products. They ought to be instrumental for the government origination to keep a check on the efficiency of the supply chain.

First few days seem to be confusing for pharma businessmen to work. They have to work on migrating the physical data to the system. The confusion and no clarification of rates can lead difficulty in getting input credit.

Our Locations for Franchise

Which are Most Demanded Pharma Product Categories for PCD Franchise Business?

What are the Risk Factors to Start Pharma Franchise Business?

What is the scope of PCD Pharma Franchise

How to Start Pharma Franchise Business

How to Choose Best Pharmacutical company for PCD Franchise

What are the requirements for taking PCD Pharma franchisee

How Much Investment is Requied for Pharma Franchise

How to Calculate Profit margin in Pharma Franchise business

What will be Postive & Nagtive Effects of GST On Pharma Induestry

Revise MRP Rates of DPCO products with the Effect of GST